How Much of Our Brain do we Use? 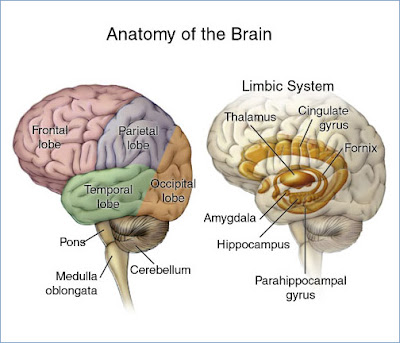 No one is sure where the idea that people only use 10 percent of their brain originated but it is a proven myth and definitely not true. The neurotransmitters in your mind are constantly sending out messages throughout its network even while you are in a resting state.

The brain is a complex system designed with every area to have a usage and although not all areas are always working at the same time or perhaps even to their maximum performance, it is believed that most of the brain is constantly at work to keep you functioning in peak operating condition.

It would take too much energy for your brain to function in all areas at one time so although your brain is constantly at work it conserves energy by having neurons fire at different times throughout different areas of the brain. This process occurs even while you sleep, in fact there is a lot of activity going on while you are sleeping.
Seeing Uncle Henry slumped over and sleeping in the old easy chair it can be difficult to imagine that he is capable of using more than ten percent of his brain's capabilities. The truth is though that even while we rest the brain is busy doing a full day's work load.

It is keeping our lungs breathing, our heart beating, and it is sending chemical messages out to keep us from peeing while we sleep. The brain is busy keeping us alive and functioning even when we appear to have very little activity happening. While Uncle Henry rests his brain is busy using quite a few functions to keep him alive but it is also spending this valuable period of time for cleaning up the clutter that has accumulated throughout your waking hours.

The brain may actually use more energy during the night than it does during the day. While the body sleeps the brain takes advantage of the extra available energy that it can now use. The brain utilizes this energy to organize and clean up from the day's work much as a mother would in the home as she dashes around picking things up and putting them away.

While he sleeps Uncle Henry's brain is busy stirring his imagination and emotions as it analyzes and organizes everything that has occurred since he last slept. It categorizes items and pops into the deep dark recesses of the mind anything that is not of value. Some believe this process is what creates our dreams as we sleep.

Your Brain is Actually More Active While You Sleep 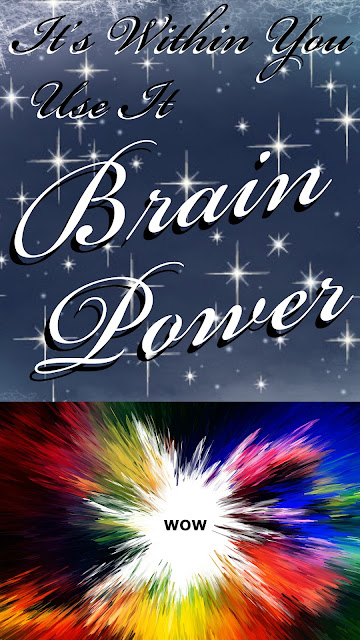 The Six Main Areas of the Brain and Their Function:

1. The Frontal Lobe controls judgment, sexual urges, muscle movement, sense of smell, thought processes such as creative thought, problem solving and intellect. There is a lot going on here.

2. The Parietal Lobe works at taking care of our sensory perceptions, our sense of touch, our responses to various stimuli, as well as some of our language, reading and visual functions.

3. The Occipital Lobe appears to concentrate on vision and reading. Most of those here at Helium have a tendency to really make use of this area of their brains, although occasionally, the amount used by some individuals can be argued?

4. The Temporal Lobe of the brain works at memory and even it works at doing its job. It is busy storing information that we may need at a later date. It also works at controlling some of our language, speech, behaviour, emotions, and hearing functions.

5 and 6. The Cerebellum and Brain Stem are busy keeping you alive. They control the cardiac and respiratory needs of the body. They keep you standing erect, allow the motor and sensory pathways to exist within your body, and basically keep you from looking like Uncle Henry does when he is sleeping.

You Have Amazing Brain Power Even While You Sleep:

Scientists now wonder if sleep is designed specifically as a time for the brain to do its housecleaning which is a very interesting concept. This brings us back to poor old Uncle Henry. The tell tale drool at the corner of his mouth gives him away every time. As soon as his body hits a resting spot his eyes close and he drifts off. Believe it or not it is a fact that his brain is indeed still using more than ten percent of its functioning power. It is not obvious but it is true.

I do know that if you don't get enough sleep it definitely has an impact on how your brain processes the information it receives throughout the day. To be on the safe side be sure to get your 8 hours of quality Zzz's each night.

To utilize new pathways in your brain all you really have to do is expose your mind to new concepts and challenges. It's sort of like push ups for your brain. Your brain appreciates a little workout as much as the rest of the body does. For a little weight lifting for your mind exercise your creative thinking today.

Food for the Brain

Are You Thinking too Much? It Happens 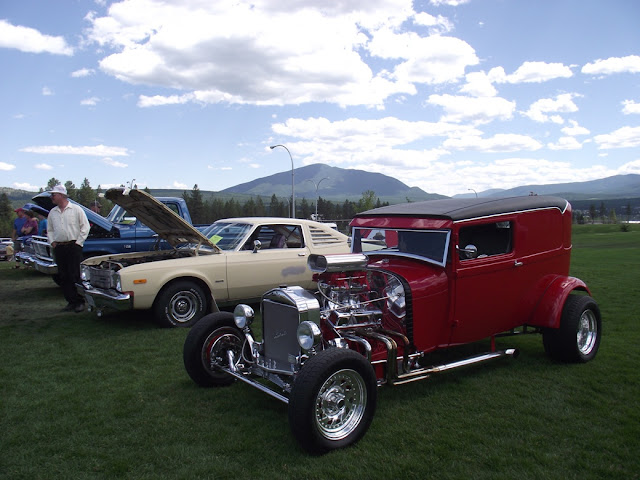 Redneck Names for a Boy

If you are looking for a few redneck boy names then this selection may help you to choose one for the little guy. This is a list of popular old fashioned country style names. A is for antique car show. It is also the start of these two very popular Redneck names Al and Austin. Other names that begin with A are Aaron, Alan, Alec, Alex, Allister, Andrew, and Anthony. B is for bad hair day and also for Budweiser. B is also for bouncing baby redneck boy which is exactly what this list of names is designed to help you out with. Barry, Bart, Beau, Billy, Billy-Bob, Billy-Joe, Billy-Ray, Bo, Bobby, Bobby-Joe, Bodean, Braden, Bradley, Brent, Brian, Bubba, Buck, Bud and Buddy which are just beautiful names for a brand new redneck baby boy. C is for cute baby crows (I love crows). It is also for these very cool redneck names: Carson, Casey, Cash, Chandler, Charles, Charlton, Chester, Chevy, Cheyene, Cleavon, Cletus, Cliff, Clint, Clyde, Cody, Cooper, and Coy. D is for ducks which look a 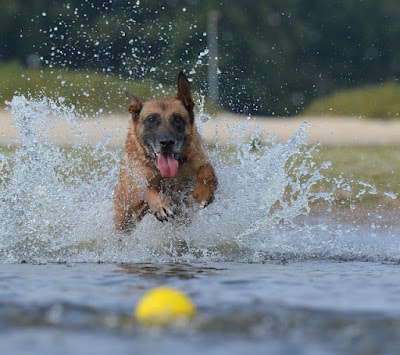 Redneck Names: It is Definitely a Country Thing

A rather amusing bit of trivia concerning Redneck names is that most of them will sound just as good on the pet as they do on the owner.  Names like Duke, Daisy, Rufus, Angel, Dakota, and Misty can be applied to both man and beast alike. Yep, it is something that a Redneck would just naturally think of doing. Rednecks have traditionally come from deep country roots so even if you drag a redneck out of the country and plunk him down into a penthouse high rise apartment you can't expect his personality to change all that much. A redneck is still going to maintain the strong country attitude, beliefs, and traditions that he was raised with no matter where he winds up living. This shows up in everything that a redneck will say or do. This factor shows in the names given to a pet, new baby, or nickname for a friend. You may notice that many of the typical Redneck names are actually those of favorite alcoholic beverages such as Brandy, Bud, Sherry, and Champagne. No pun intende 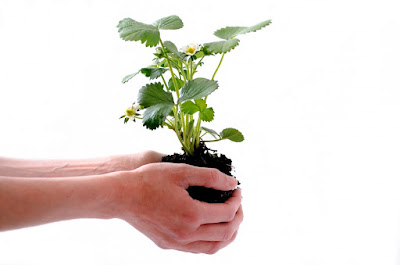 Frugal Gardening: How to Save Money in the Garden

Frugal folks know that a garden is a great way to save money on groceries but there are also quite a few ways to cut down on the basic costs of gardening. There are a number of cost efficient ways to cultivate and grow your own food.  Composting, saving your seeds, selling at Farmer's markets, and trading sprigs or plants with others are a few simple ways to cut spending and increase your garden's financial rewards.  A little ingenuity can help lower even the most basic expenditures. Growing your own fruits, herbs, and vegetables is one of the best ways to cut back on the ever rising cost of food. Small garden space or large growing your own food does not take a lot of money or space to get started and even less investment to maintain the longer that you participate.  One of the first costs in gardening is acquiring nutrient rich soil. Many spend a fair share of money purchasing dirt, manure, and fertilizers to enrich and maintain their garden plot. Past the initial inst 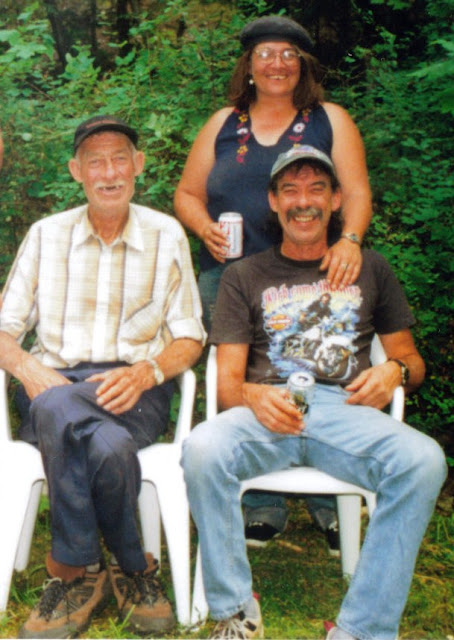 Rednecks are a very special breed of individual and their party themes reflect their unique personalty. Strongly loyal to their friends, family, and those who are loyal to them these traditionally country based folk love a good get together. They generally group together in back yards but it is not unusual to see the whole lot of them at the local dance hall. They cut loose, dance almost every dance, and huddle in groups to discuss the latest topics with those who are closest to them. Rednecks are folks who love to host a good party as much as they enjoy attending one. So why are there so many Redneck parties? Well that is a easy question to answer. Whether you live in the country or have relocated to the city every now and then  you still gotta let your country side out to play. So you call up a few friends and you get together to enjoy one another's company. It actually tends to happen quite often and t hese frequent get-togethers give these simple rural minded folks the perf 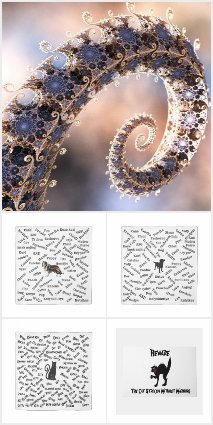 For the Love of Animals
by Lorelei Cohen